Up the hill to Kontakeika! 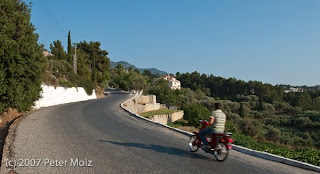 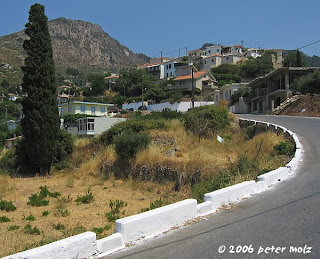 Most of the tourists coming to Samos like the coast, the easy life on the beaches, and the leisure time in the harbours or in the squares of the villages. A few others like to be as far away as possible from the „normal“ tourist streams and want to stay in remote places in the mountains.

But there is something „in-between“. Halfway in-between! Some clever business men have also discovered this „in-between“ sphere and use it as advertising & promotional phrase to sell real estate.

Above the north coast of Samos, there are several well known villages and touristic destinations like Vourliotes, Manolates and Ambelos overlooking the aegean sea with tremendeous views. Stavrinides too, but this is already a bit too high up the hill, and more for individualists.
And then, further to the west ... ?
Wait, before we reach Karlóvasi on the coastal road, isn’t there a road leading up to another village? Well, yes, it’s called Kontakeika! 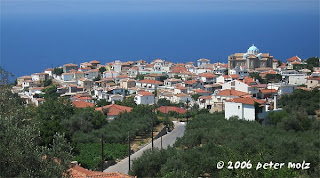 Kontakeika? "Where on Samos is Kontakeika (Kondakeika)?" most tourists will ask! Either they have never heard this name, don’t know how to pronounce it, have never been there or most probably will confuse it with Skoureika, Koumaradei, Koumeika or Kondeika. But maybe some of them - by walking, or in their cars/jeeps - already have passed through this village on the way to Petaloudes or to Ydroussa.

Well, what about a stop there, getting out of the car and paying a visit to this place?
With a couple of photos I will try to convince you that it might be really worthwhile to do so! (click on the photos to enlarge them!) A place, flooded with sun almost all day, in a beautiful hilly landscape surrounded by lots of gardens and vineyards. With a breathtaking panoramic view to the west to the Kerkis mountain range and down to the coast and the town of Karlóvasi. Those spectacular sunsets and colourful evening skies need to be experienced! 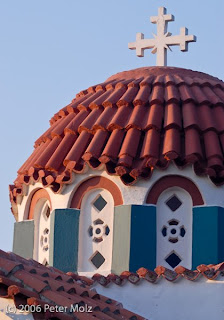 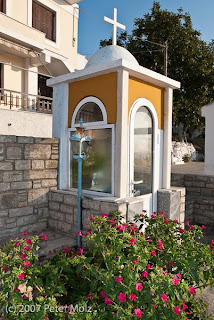 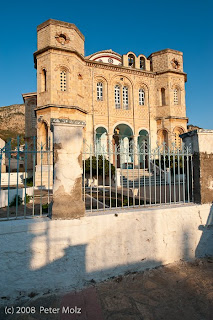 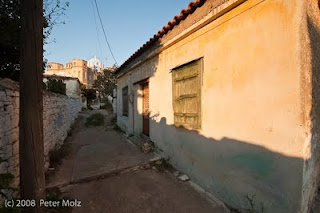 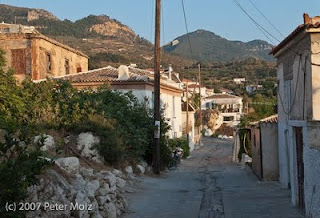 The picturesque small platia is a nice play to make a stop over! And in addition, as a teaser: since the end of 2007, there is a very good restaurant, open all year! 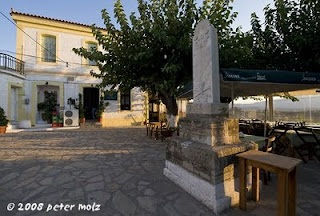 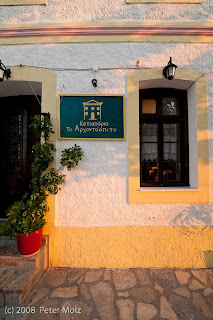 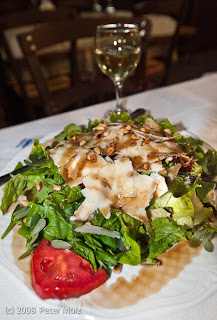 Here is a comparison: in the first photo, this small square of Kontakeika is shown in October 2008; and in the second photo as I came to know it end of August 2007. 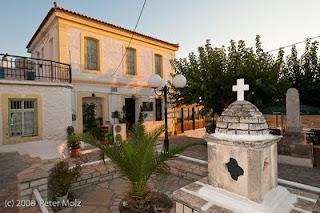 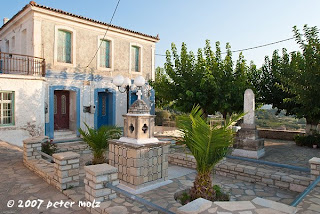 The massive church is looking almost like a fortress! 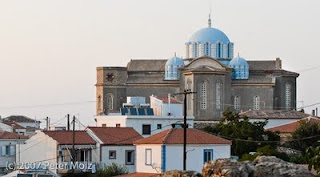 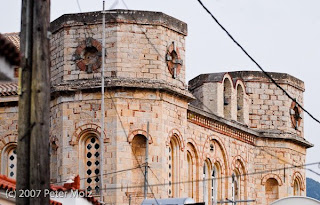 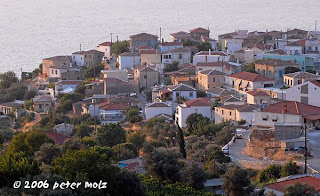 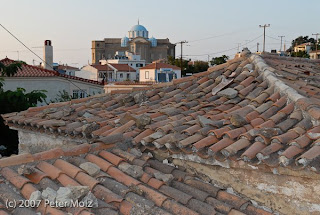 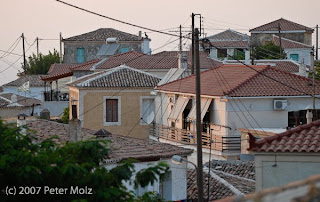 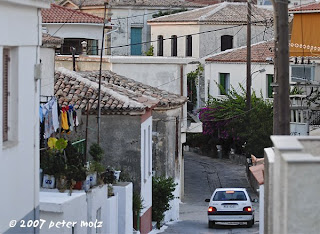 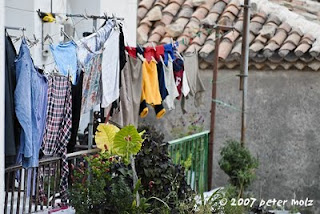 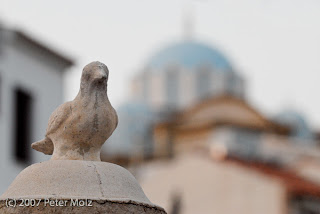 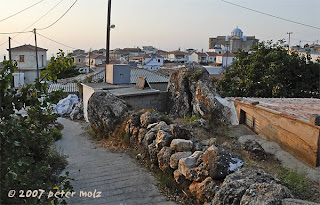 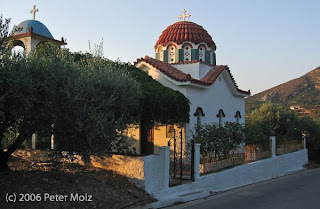 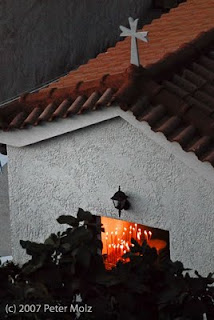 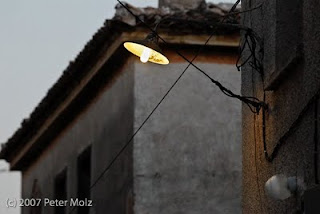 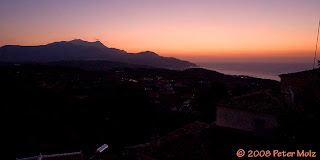 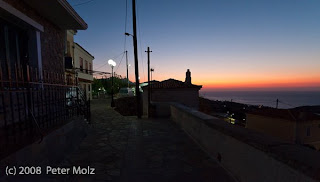 And for those, who want a bit of excitment up in even higher places: a dirt road leads from Kontakeika all the way up to the range of Ambelos mountains and then again down to either Stavrinides or Vourliotes. It will be a fascinating adventure, but it is necessary to have a four-wheel drive and the detailed „Road Editions“ map of Samos. And please don’t smoke or drop empty bottles on the ground, we all want those beautiful forests with lots of green trees up there to remain as they are!

Said the straight man to the late man
Where have you been?
I've been here and I've been there
And I've been in between

(I talk to the wind, King Crimson)
Posted by Peter Molz at 7:28 PM No comments:

Two short videos that were taken in the middle of July 2007, almost exactly two years ago.

First one shows the port on a sunny day with quite a good breeze. I heard that the bar "Varka" is not anymore existing.

Port of Pythagorion from Peter Molz on Vimeo.

The second one is about captain Jiannis: he knows, he is a tourist attraction when he is on his boat Agia Irini. You can see him in the harbour after he comes back with his boat from the daily tourist trips, usually after 5:30 pm. Then the anchored boat is his stage and he "performs" free of charge. And he enjoys very much being in the center of "his show". With the additional two young goats on the boat, who wouldn't stop there to take a look and a picture!