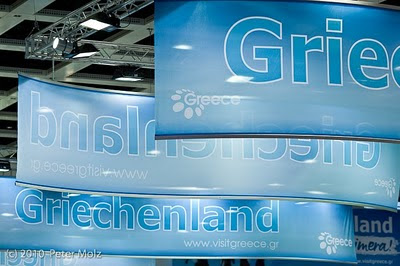 The ITB in Berlin, this year lasting from March 10th to 14th, is the worlds largest tourism and travel trade show.
11.127 exhibitors from 187 countries all over the world in 25 halls and approx. 180.000 visitors during the 5 days.

Some photographic impressions of the stand of Greece in hall 2.2. on the ITB 2010 in Berlin, Germany. 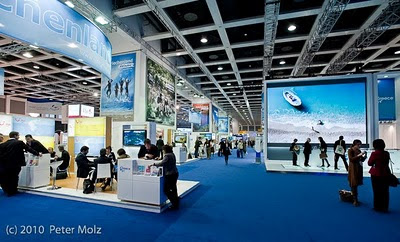 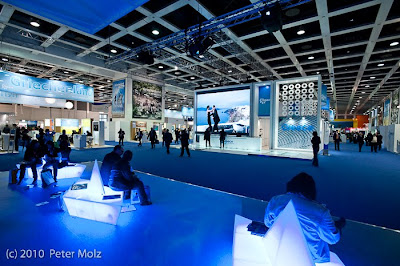 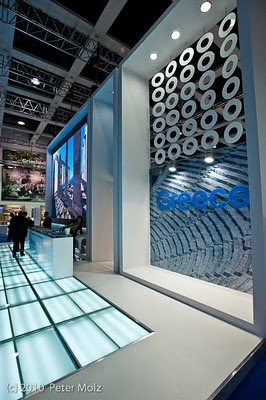 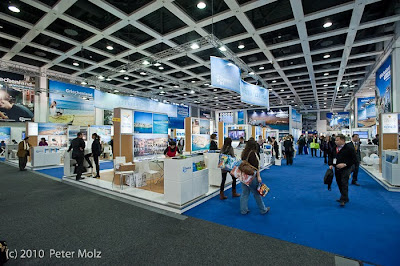 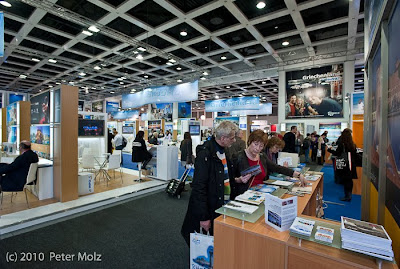 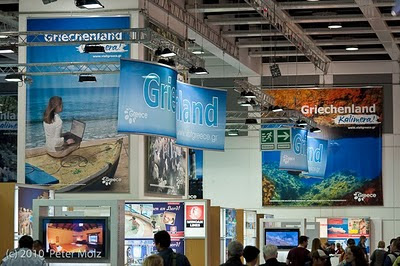 The stand of the prefectures of Lesbos and Chios, offering some nice red wine from Limnos. 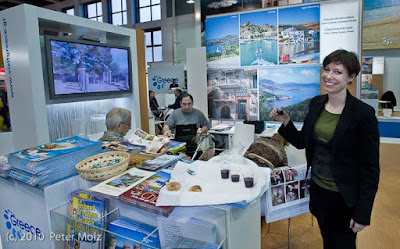 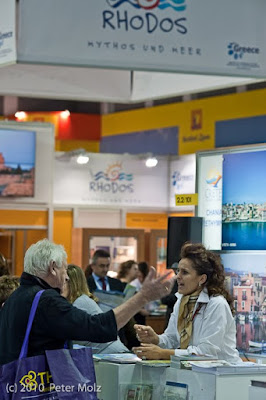 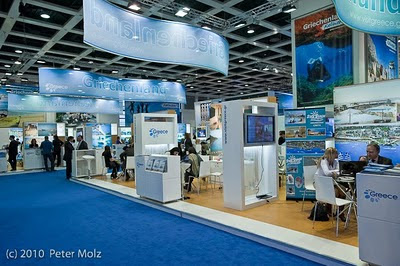 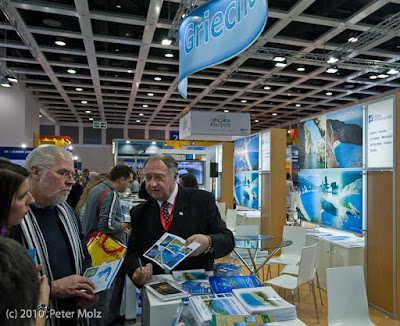 Late Sunday afternoon, nobody anymore on the stand of Mykonos. Sunny islands inside the hall, while it is snowing heavily outside in Berlin! If you wonder why there are no photos of the stand of the prefecture Samos-Ikaria-Fourni ......, well to my great disappointment I have to say that this year they didn't show up, they had no stand on the ITB. As I learned "...due to technical reasons". Let's hope that until next year those problems will be solved.

Nevertheless, most of the other greek exhibitors/prefectures from last year were there again with their stands. So, no need to worry! Though my impression was, that on the public days there were signifcant less visitors on the greek stand as compared to last year.
If you intend to come to Greece this year and you are the typical young and smart tourist (from this year on - according to new marketing strategy - you will be called "guest" instead), don't forget to take your Laptop to the beach then !
No more home computing, beach computing in Greece will become trendy;-) 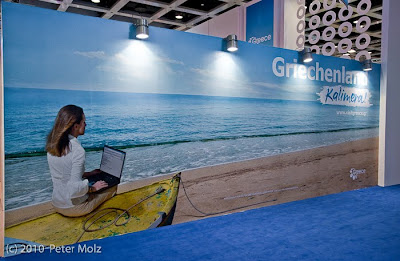 Interview with Pavlos Geroulanos, Minister of Culture and Tourism of Greece on the ITB 2010 Berlin by Reuters.

More photographic impressions from stands of other countries like Romania, Bulgaria, Turkey, Georgia, Spain in other halls of the ITB 2010 in Berlin I will publish within the next weeks in a special set on flickr.

Some videos can be found in my video channel on YouTube:
Posted by Peter Molz at 12:33 PM No comments: