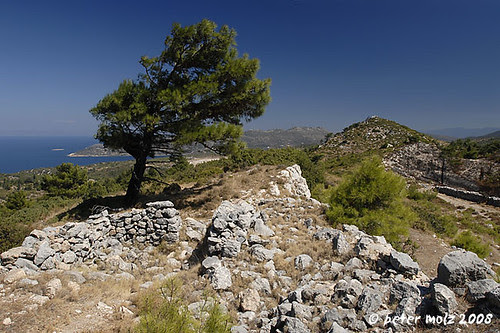 Here is my Samos 2008 presentation! More than 100 beautiful fotos - taken during several stays on the island in the years 2004 to 2007 - I used for this presentation showing the beauty and charms of the island of Samos in Greece.

It's sort of a random walk all over the island, the many beaches, villages, bended streets up and down the hills and mountains.

Only near the end of the presentation I have focused a bit on one theme. I have included several photos giving you an impression of what is going on at the local festivals, e.g. the wine festival in Samos-town and some of the smaller festivals called "panajiri", e.g. in the villages of Kedros, Ydroussa, Kondeika and up in the mountains in the cave of Panagia Makrini near Kallithea. 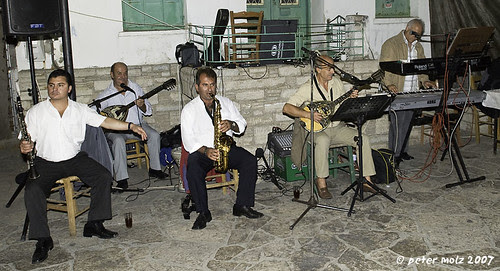 Each village has its church and many chapels, all of them have a consecration day - according to the name of the respective saint - accompanied by a parish fair, a "panajiri"! Usually, a Panajiri lasts for two days. People do not only drink and dance a lot, but are very religious and visit the church at least two times during the two days. And of course, the priests take part in the celebrations on the platia of the village! 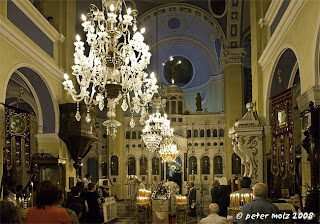 The greek music accompanying this presentation and giving it a special atmosphere is played "live" by a good friend of mine, the bouzouki player and singer Yannis Loulourgas from Pithagorio. The music you hear comes from a performance of him together with some of his friends and music collegues from the island at the ancient theatre of Pithagorio, I think this concert took place 4 years ago. Yannis specializes on rembetiko style greek music.