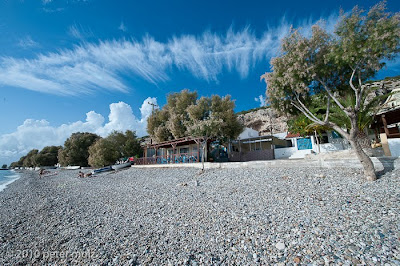 As last year, together with the musician Dimos, I payed several visits to the south coast ending up on Balos beach. Especially during the days from October 4th to October 11, there was almost perfect weather for taking photographs.

If you have never been there, come with us, take a seat in the Sam Giggle Street View Car ;-), Dimos is the driver!
We're leaving the road between Koumeika and Ormos Marathókampos and within 2,5 minutes we drive down the hill on the "highway to Balos" to reach the beach:

Balos beach beginning of October,
perfect weather for taking photos and swimming in the warm sea: 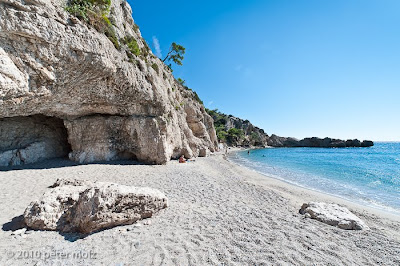 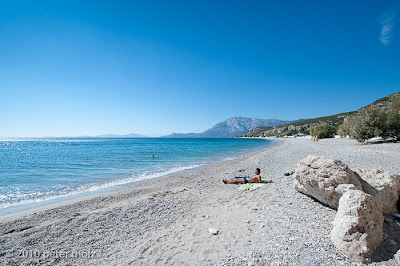 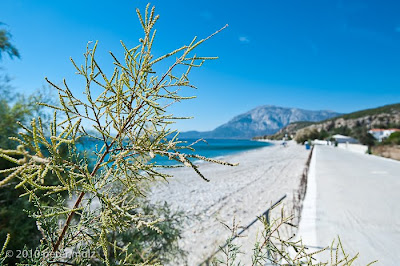 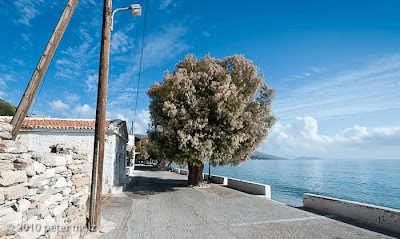 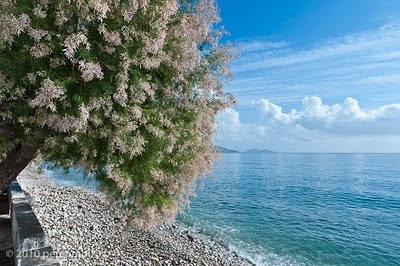 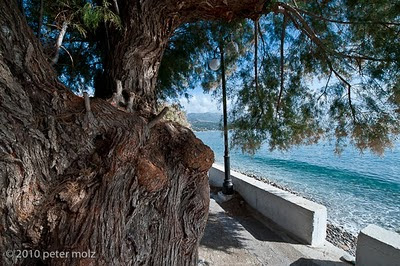 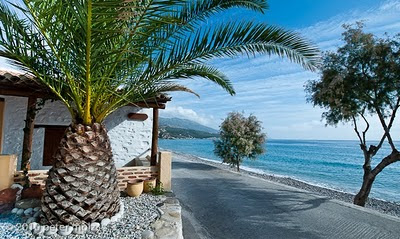 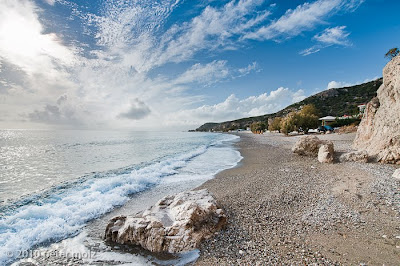 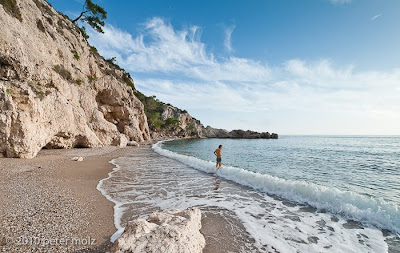 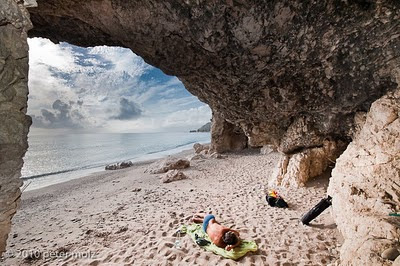 Let's see how the waves are rolling ashore:

Balos beach in the evening: 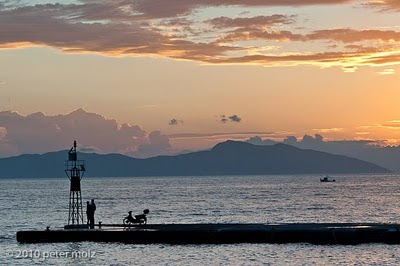 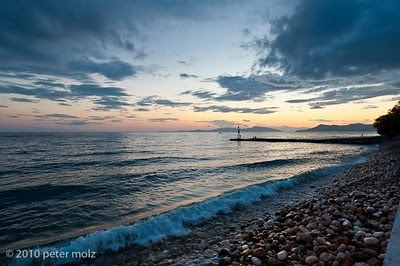 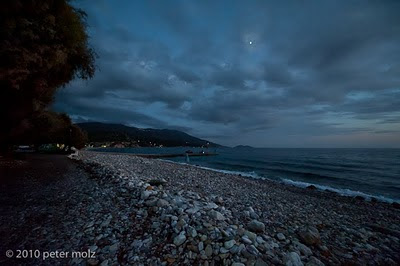 On October 16th, we were lucky to find Stellas cypriot restaurant still to be open. We were the only guests there and had a really good time with the son of Stella, who speaks fluently german. Besides a special and very tasty cypriot salad, I liked the grilled Halloumi cheese (Greek: χαλούμι), chicken in lemon sauce and hot peppermint tee. 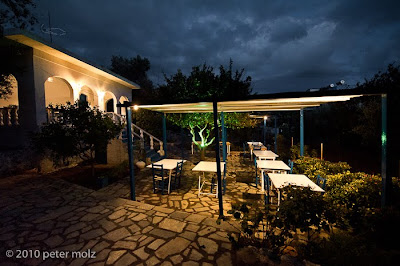 Leaving the beach, the sea and Balos again, going up the road to Koumeika! You have two choices here:

Leaving Balos in the early afternoon:

Or leaving Balos in the late afternoon!
Everything seemed to be prepared, we had cleaned the car windows thoroughly. When we started driving, the mp3 player first delivered only one channel and then only noise! We stopped, turned around and started anew. While turning around, one of the blossoming trees shed a lot of stuff over the car and the front window. O.k., we let it be like that. 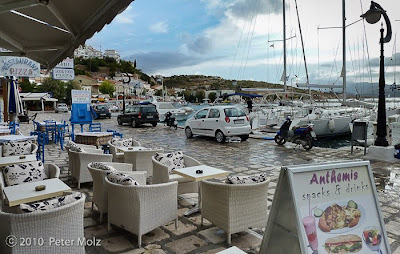 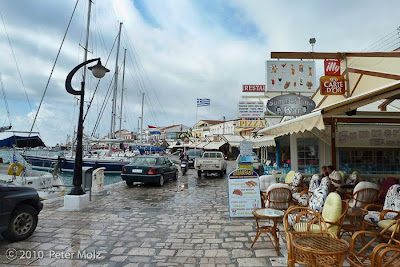 These two photos show the harbour front of Pythagorion on Saturday morning, October 16th, 2010, before the heavy thunderstorm came. Already during the night it had been raining.
Later on this Saturday, after 11:15 am, I experienced for the first time a thunderstorm with almost torrential rainfalls on Samos while driving in a car on the road between Pythagorion and Vathy (Samos-town).

In Pythagorion we stopped on the main road whilst the rainfall was getting stronger and stronger. Until the main road looked like a river! Even hail came down for a short time at approx. 01:30 pm.

Here you can see how it looked like after the rain stopped:

For people living on Samos this might be nothing new, because they already experienced it in the wintertime many times.
But for me it was quite a new Samos experience!
Posted by Peter Molz at 12:57 AM No comments: