I have started a small series on YouTube called: "30 seconds Samos".
As examples, here are two clips: 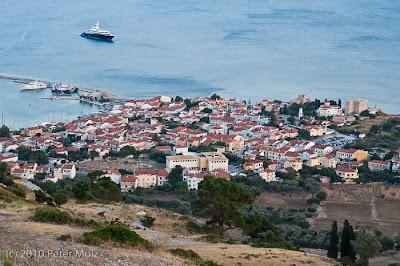 One of the largest private motor yachts in the world, the 133 meter long mega yacht "Al Mirqab" - owned by the emir of Qatar - came to Pythagorio for a short visit (approx. 4 hours) in the evening on Monday, June 14th, 2010.

I had heard about this event a day in advance. But when the yacht finally approached Pythagorio early in the evening (coming along all the south coast of Samos from Votsalakia), I just came out of the bathroom after having taken a shower. So, with the towel wrapped around me, I stood on the balcony and filmed the yacht "Al Mirqab" slowly gliding towards Pythagorio.
Then I decided to drive on top of the hill above Pythagorio to take some footage from there. 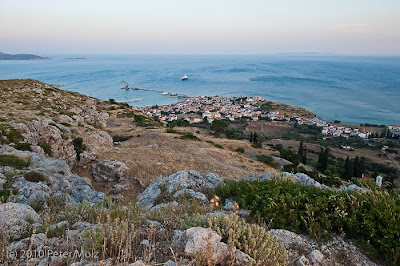 Most of the photos included in the video by kind permission of Sofoklis Arelis who went down to the harbour to take shots from a closer distance.
Music by Lothar Kosse, a german guitarist and singer.

Posted by Peter Molz at 1:11 PM No comments: